A passive approach to money means a longer working life 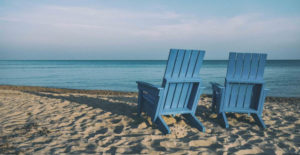 There are conflicting views on people accessing their superannuation during the COVID-19 crisis. In Australia, a recent article from The Grattan Institute made the case that people wouldn’t be that much worse off if they withdrew up to $10,000 of their super, which the government is allowing for eligible people until 31st December, 2020.

I believe this article made a fundamental error by saying that if these people had reduced assets in retirement, they would receive more government pension. The institute makes a big assumption that in 30, 40 or 50 years, people will be able to access the amount of pension they want from the government.

A passive attitude to money leads to confusion about future financial security, a very long working life, and a constrained retirement. A disciplined approach, however, gives you certainty about the future, a choice about how long you work for, and an abundant retirement.

Employed people in mandatory superannuation schemes often fare better than the self-employed, as those who work for themselves often only save money when they think they can afford to. They work their butts off for many years, only to find at the end of it all that they do not have much to show for it.

When I had a financial planning practice, I had clients who were professionals, accountants, lawyers, barristers and medical practitioners, all of whom were reliant on the government for some of their retirement income. For several of them, there was regret and bitterness that they had not done what they should have done. Others blamed someone else in terms of the professional advice they did or did not receive. In times past, many people decided to take a job that had average pay but good superannuation schemes because they knew that if they stayed with the company or government long enough, they would either get a good lump sum or generous pension in retirement.

Steps to avoid a constrained retirement:

Taking a direct and disciplined approach to money management is not a set-and-forget exercise. Most of the time, it allows you to be on autopilot, but you must review your strategy annually or quarterly to check you are on target.

If you need help to become more active with your money management and create a more certain future, email me at bryan@bryanworn.com.