What is your psychology about money? 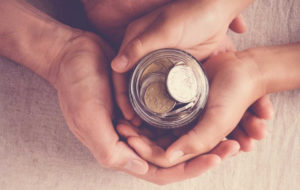 We develop our money habits from two primary sources: the first is the environment we grew up in; the second is our genetic or inherited tendencies.

Let’s explore these two sources so that we can get a clearer picture of our good and bad money habits.

We get our earliest money beliefs and habits from our parents, grandparents and extended family. When we’re young, we imitate what we see and hear from those who have money, no matter how little or how much they have. In our early years, we have no concept or understanding of money, so whatever our parents do and think, we internalise. Our parents are our immediate money models.

After we develop some concept of money, we are influenced by the world at large. This includes commercial media, social media and our friends. The Law of Averages says that we are the average of the five people we spend the most time with. An exception to this is when we want to be better than average, but often, we don’t want to stand out – we want to fit in. This is a version of keeping up (or down) with the Joneses.

Researchers of psychology and neuroscience have identified that we are hardwired to behave in certain ways about many things, including money. Some of the more common money habits or heuristics include:

My first concept of money was that I didn’t have any and that there was very little in the house I grew up in. However, my father’s brother, Dick, who used to stay with us at Christmas, helped change my perspective. He was a bachelor and an accountant who spent a lot of time in America. When I was about 12 or 13 years of age, he introduced me to the concept of dividends. I found it difficult to understand that companies would pay you money for doing nothing. It was another seven years before I finally bought shares in a company (as soon as I had enough money for a minimum purchase).

Not understanding our personal psychology about money is like trying to drive a car with one wheel clamped. We don’t get far.

If you need help forming better money habits, email me at bryan@bryanworn.com.